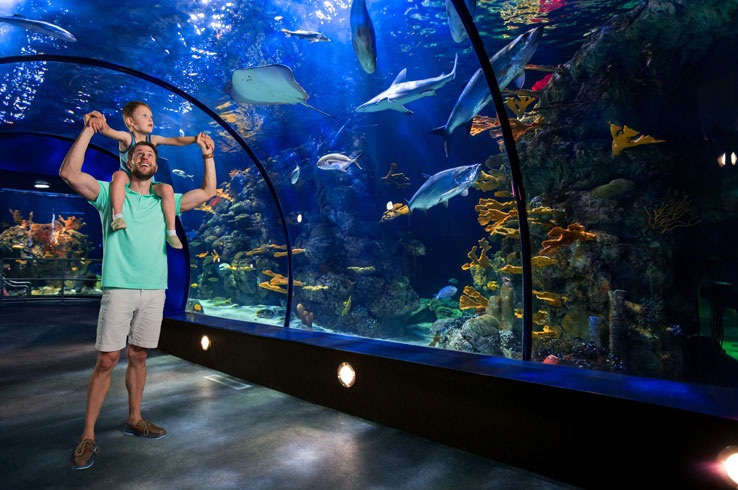 Descend into the mesmerizing depths of the Gulf of Mexico, watch adorable penguins play, and touch a shark. These are just a few of the exciting experiences you’ll have at the recently renovated Aquarium Pyramid at Moody Gardens. With brand new and expanded exhibits created throughout the $37 million overhaul, the Aquarium Pyramid takes you on an immersive adventure through the world’s oceans, offering delights and discoveries for visitors of all ages.

If you’ve already visited the Aquarium Pyramid before it closed for renovations, read on to see some of the new things you can do at this Galveston attraction. Planning your first visit? The following should give you all the motivation you need to stop by.

Get My Aquarium Pyramid Tickets Now. 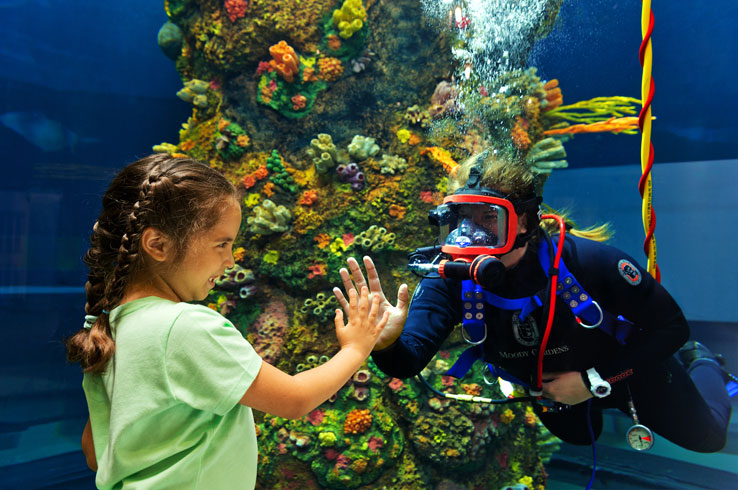 What’s New at the Aquarium Pyramid?

The better question here just might be: what isn’t new? Step inside the Aquarium Pyramid and you’ll enter a different world, where all the wonders from the Gulf of Mexico to the North Pacific await. One of the most iconic symbols of the Texas Gulf Coast is the oil rig, so perhaps there’s no better place to start your sojourn to the sea than at the Gulf of Mexico Rig Exhibit. This 30,000-gallon, two-story-tall scale model aquarium demonstrates how nature interacts with technology to create unique ecosystems.

Enjoy an up-close look at the organisms that call these man-made islands home and stick around for the interactive presentations from Moody Gardens’ divers, another new addition to the Aquarium Pyramid. These scheduled presentations are conducted at other exhibits as well, giving you the chance to discover even more about our oceans. Don’t miss the new Jellyfish Gallery, where these soft-bodied predators swim in exhibits enhanced by lights, sounds, and textures to create a stunning sensory experience.

The vibrant and inviting waters of the Caribbean Sea serve up even more to see, starting with the new Mangrove Lagoon. Touch Cownose stingrays and Bonnethead sharks and learn about the stilt root environments that serve as critical habitats for many of the region’s aquatic creatures. Another touch tank home to small fish, sea stars, and other critters provides even more ways to make new friends.

Your journey also takes you to the new Flower Gardens Banks exhibit, which showcases the national marine sanctuary of the same name located 115 miles offshore of Galveston. Then watch as sharks, rays, and tropical fish swim overhead as you enter the magnificent one million-gallon Caribbean Exhibit. New to the exhibit is The Pride, a ship loosely based on the rum-runner used by Galveston pirate Jean Lafitte. 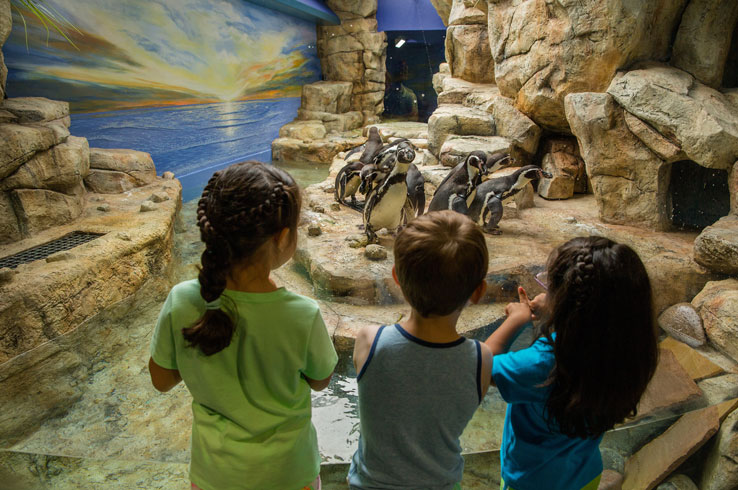 Yet the headliners of the renovated Aquarium Pyramid may just be the Humboldt penguins. These South Pacific show stoppers reside in their own warm-climate exhibit next to the revamped South Atlantic Penguin Habitat, home to King, Gentoo, Chinstrap, Rockhopper, and Macaroni penguins. The penguins aren’t the only animals that will take your breath away. Sail on over to the North Pacific Gallery to see seals, sea lions, leopard sharks, and the other aquatic life that resides off of the upper west coast. It is here you’ll encounter the new Giant Pacific Octopus, a massive cephalopod whose color changes depending on its mood.

Finally, the South Pacific Biome displays the remarkable diversity of life within an evolving coral reef. See how tropical fish, sharks, and invertebrates fill a variety of habitats in tanks large and small.

With its interactive displays and variety of wildlife to observe, a visit to Moody Gardens’ new Aquarium Pyramid will inform and inspire, leaving you with a deep appreciation for the world’s oceans. Plan your visit today by visiting Moody Gardens’ website.